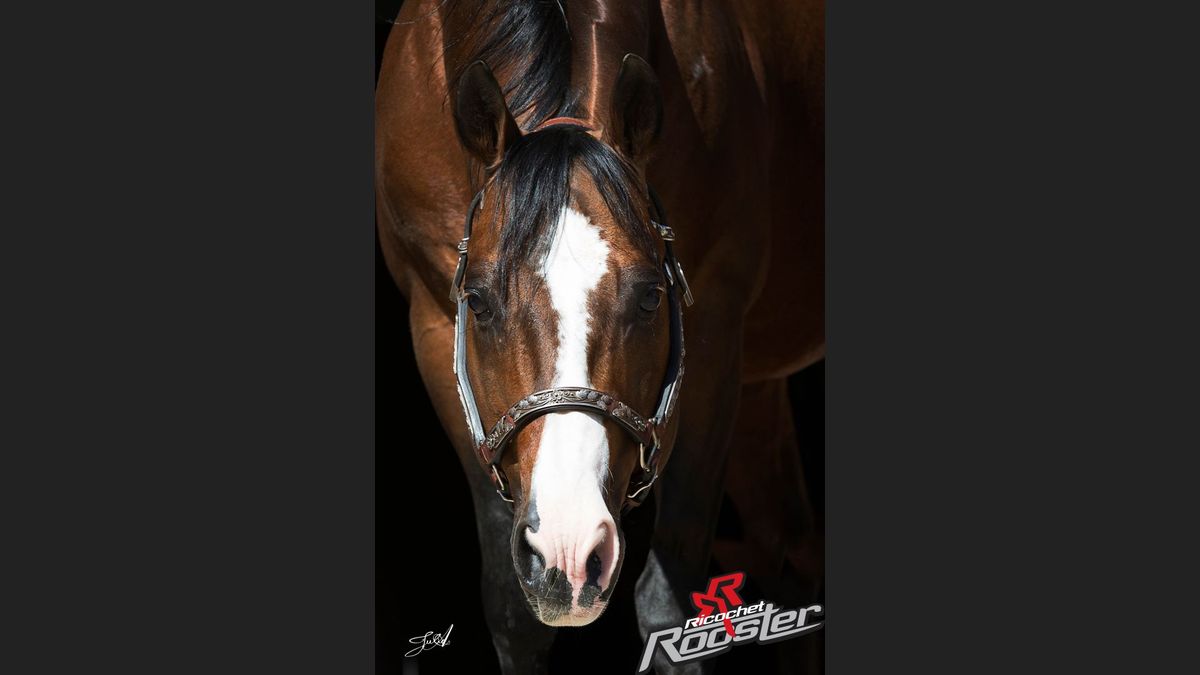 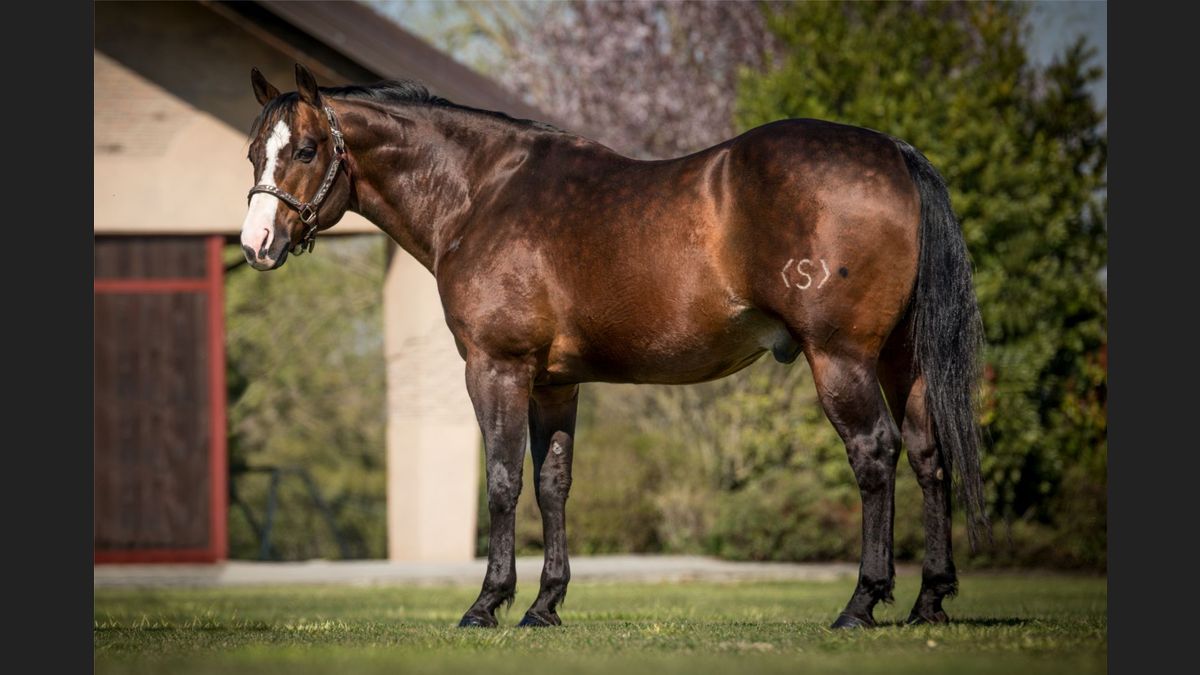 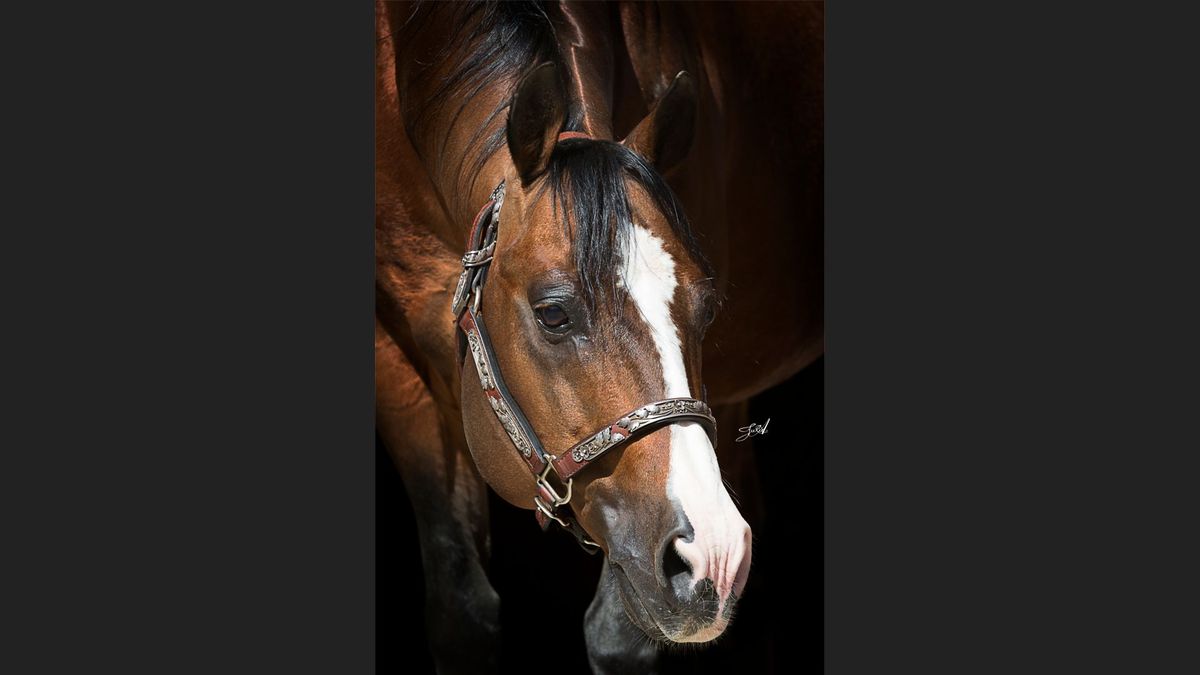 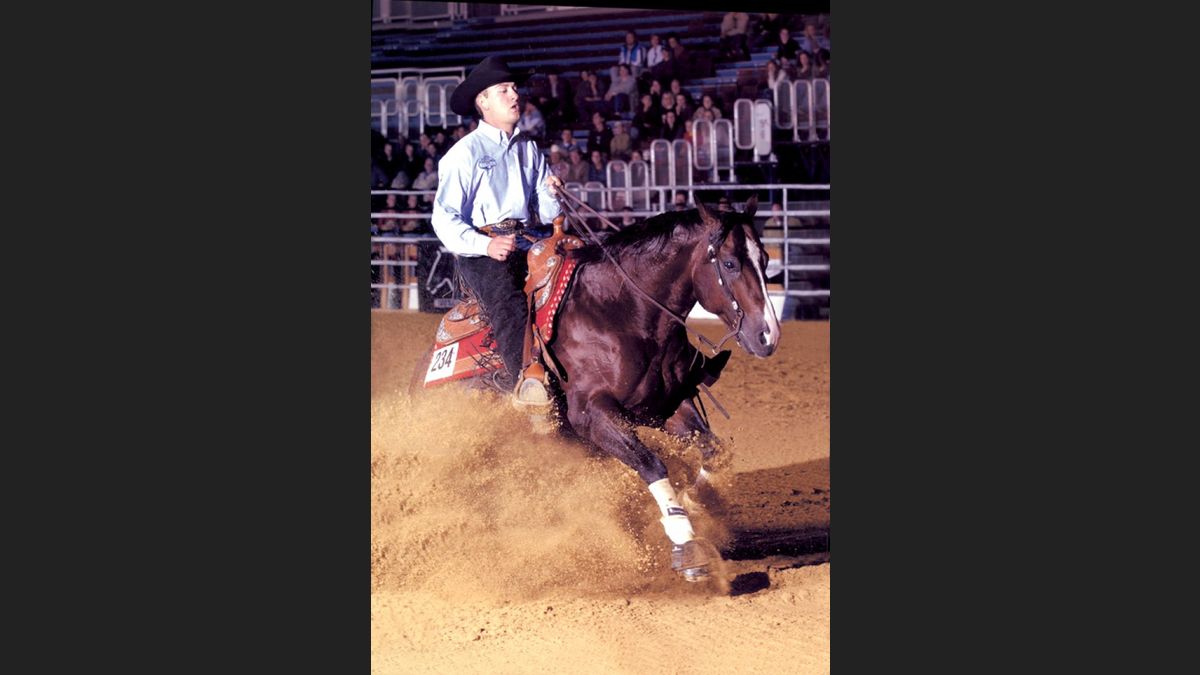 Ricochet Rooster's winning career began in 2000 when Todd Bergen, the well-known US trainer, took him to race in Oklahoma City to participate in the NRHA Open Futurity. The duo is immediately talked about by taking home the title of Open Reserve Champion and a win of US $ 96,357. The young stallion thus begins the climb towards the first place in the ranking reserved for the sons of the famous sire, Gallo del Cielo (Rooster). Immediately after placing at the NRHA Futurity, due to an injury, Ricochet Rooster is forced to remain stationary for a year, but his trainer, Bergen, firmly believes in his possibilities and once recovered, he gradually puts him back to work in view of the important shows that will take place in 2002. "He is a horse with a big heart and a great athletic ability", says Todd of him. "In addition to giving immense satisfaction in the arena, it is a fun horse, very sweet and easy to ride".

At this point in his career, Ricochet Rooster is at the top of the ranking reserved for the sons of Gallo del Cielo in terms of winnings. Gallo del Cielo has in fact produced foals who have won over one million and one hundred thousand dollars in their careers and Ricochet Rooster, just five years old, has contributed significantly to increasing this figure.

In view of the Open approved by the National Reining Horse Association with the highest prize pool in the world, Americana, the show that takes place every two years in Augsburg, Germany, Ricochet Rooster arrives in Europe. This time to bring him into the arena will be another NRHA Futurity Champion, Andrea Fappani, who is also a firm supporter of this athlete. "It is an excellent horse that still has a lot to give in both Open and Non Pro classes", says Andrea. The duo also imposes itself in the Old Continent, taking to the top of the ranking of the first go of the NRHA Open with a score of 221 ½ and finishing in seventh place in the final.

The Italian breeding today counts among its 'Sire' Ricochet Rooster, a stallion that has certainly established itself in the breeding history of the European scene.