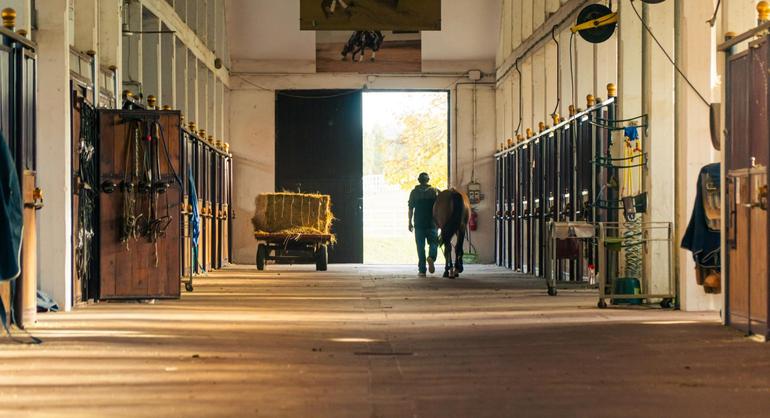 Reining is an American riding discipline. Literally translated it means "between the reins": it has its origins in the work with the cattle carried out by the cowboys who used horses to herd, move and contain the herds of cattle in the vast prairies. The horses had to be agile, athletic, docile and fast and had to respond quickly to the commands given by the riders through the reins.

As the years passed, the cowboys, proud of their well-trained and ready-to-work horses, began to engage in competitions that consisted of a series of maneuvers, including sliding stops and spins. These performances formed the foundation of the sport of the same name.

During the competitions, qualified judges are responsible for determining the score and issue their verdict based on established rules, with which they evaluate the execution of the 13 courses, or patterns, of which 2 are dedicated to the Youth 10 and Short Stirrup classes. Patterns are nothing more than paths in which the same maneuvers are repeated in different sequences. The fundamental maneuvers are: Reining is today an equestrian discipline that has a prominent position in international equitation: Reining competitions are held in arenas all over the world and hundreds of horses and riders, of all technical levels, have way to perform and demonstrate their skills.

- circles at different speeds and sizes

- rollback (behind the front at a gallop)